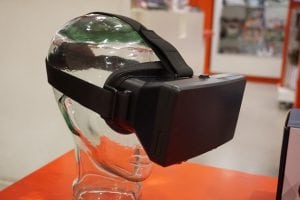 One of the world’s first head transplant patients will receive a lot of help from a specially-coded virtual reality program before he undergoes his first surgery, which doesn’t have a set date at this time.

Valery Spiridonov, a Russian man in his 30s suffers from a very rare condition called Werdnig-Hoffman, a type of spinal muscular atrophy that causes severe muscle and mobility issues. As of now, Spiridonov has some control over his hands, allowing him to operate his electric wheelchair, but he cannot perform more intricate tasks, such as driving a wheelchair van.

If the surgery is successful, Spiridonov will be able to walk for the first time in his life. He has volunteered for this operation, which is set to be performed by Russian neurosurgeon, Sergio Canavero.

“We are combining the latest advancements in virtual reality to develop the world’s first protocol for preparing the patient for bodily freedom after the transplantation procedure,” Canavero has said.

There is no precedence for head transplant patients, but doctors believe that they could develop psychological issues after the procedure. This is just one of the many complications that could arise from this risky procedure. Doctors hope that a simulated virtual reality program will help Spiridonov adjust to having a new body before the procedure begins sometime next year.

Right now doctors plan to partially sever the head of the patient and freeze it to keep the nerves and brain cells from dying during the procedure. Doctors will then use a highly sharp and precise blade to completely sever the head and reattach it to a different body. Using the chemical polyethylene glycol, doctors will attach the head to the spinal cord and work on re-attaching the nerves, as well.

A procedure like this has the potential to be a game changer for people who suffer from paralysis and degenerative diseases, but there is no telling if it will be a success and what side effects patients could suffer from after the operation.

Some people are completely against the procedure due to the legal and ethical circumstances surrounding it. Regardless of where it goes, this is case that has caught our attention and is one that we will definitely keep an eye on.

What do you think of the procedure? Can it work? Is it ethical? Join the conversation by commenting below.