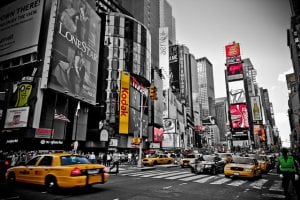 A Big City with a Big Problem

The station in question, Middletown Road station resides on a four mile stretch of the Bronx that includes six stops on the “6 line” train.

For those people living in NYC who don’t have handicap accessible vans, getting around can certainly be a problem. While all NYC busses are handicap accessible, anyone who has lived in or extensively travelled around the major parts of the city can tell you that the bus system is significantly slower than the Metropolitan Transit Authority (MTA) rail lines.

Disability Rights Advocates (DRA), a non-profit group, has filed a federal class action lawsuit against the MTA, claiming that the city’s renovation of the station violates the Americans with Disabilities Act (ADA).

Regardless of the the outcome of the lawsuit, we hope that this calls attention to the inaccessibility rates of New York City’s subway system.

What do you think? Is the MTA in violation of the ADA regulations? Have you ever been on a subway in NYC? Join the conversation by commenting below!