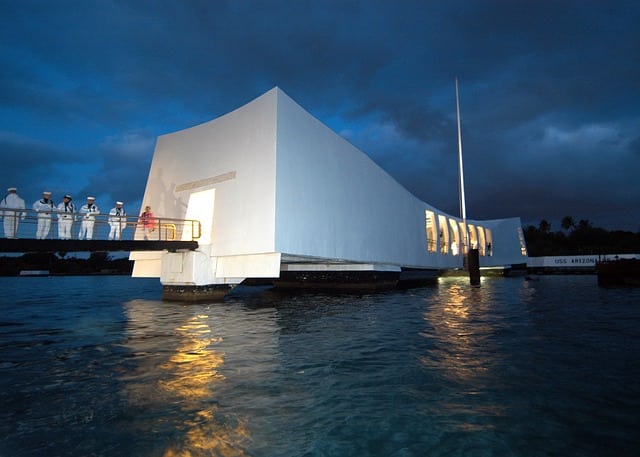 Today marks the 75th year since the attacks on Pearl Harbor plunged the United States into World War II. On December 7th, 1941, a day that President Roosevelt called “a date which will live in infamy,” 2403 people died in attacks that began at 8:00am and would last for about two hours.

Today we honor those who died in the attacks, including the 1,177 sailors and Marines who died on the USS Arizona, which still rests at the bottom of the harbor (along with 1,102 crew members aboard). We also thank all of the US Veterans who have served over the years. Their willingness to sacrifice everything has helped keep us and countless people around the world safe.

The Lives Lost and Changed During World War II

World War II and its aftermath led to a revolution in wheelchair technology. While the earliest depiction of a wheelchair dates all the back to ancient China and Greece, it wasn’t until the 1940s that electric wheelchairs became a reality.

Due to the large amount of wounded soldiers returning home from the war, doctors and scientists set out to look for a way to help them with their mobility issues. George Klein, a Canadian inventor who worked for the National Research Council of Canada was asked to assist in creating a wheelchair that could be moved by a drive system that didn’t have to be powered manually.

In 1950, Klein began work on an electric control system that, after years of testing, would begin to rise in popularity among Veterans and the general public by 1955.

Today, the global electric wheelchair market is seeing heavy growth, which is expected to continue through 2025. Thanks to people like Klein (and many other researchers, doctors and engineers), the disability community has a variety of assistive technology – from electric wheelchairs to handicap accessible vans – that give them the freedom and independence they want in their lives.

And it all began 75 years ago today.