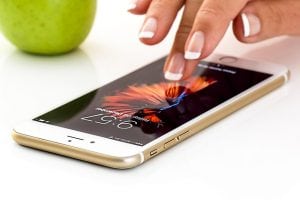 Wheelchair accessibility in Chicago has long been a point of improvement for the city. To this day, the city has made great strides towards being more wheelchair-friendly, but there are still a lot of accessibility barriers that prevent all people from having the same freedom to easily travel around the city.

Wheelchair users who live in and around Chicago can attest to the difficulty in getting around. Many CTA rail stations are still not wheelchair accessible, and although the city has been incentivising taxi companies to become more accessible, many still don’t have the vehicles equipped to service wheelchair-using passengers.

The long and short of it is: if you don’t have a new or used handicap van, it’s hard to get around in Chicago.

We previously have written about an app created by the Centre for Telematics and Information Technology (CTIT) that automatically finds the best (most accessible) route for wheelchair users to take. The app provided a bit of relief for wheelchair users who live in urban areas.

Now the city of Chicago has an accessibility app of their own, thanks to a young and inspired developer.

Steve Luker, a Chicago local, has announced that he plans to release an app that tracks the accessibility of the city’s sidewalks. The app will be able to identify everything from large bumps and cracks to missing ramps, sidewalks and more throughout the city. This allows wheelchair users to find the most accessible route for them to take.

Finding a Way Around

Even if you can find a wheelchair-accessible train station, there is no guarantee that you will be able to get to your end destination. Many Chicago streets are just not equipped to handle wheelchair traffic, and a cab ride around the city every day can become expensive quick.

Luker hopes that his app will eliminate this problem, and he plans to make a pitch to have the app picked up by a company in the future. It was entered into the Center for Neighborhood Technology’s Urban Sustainability Apps Competition last week and even made it into the final four.

This app, along with Apple’s plan to create fitness trackers for wheelchair users, gives us hope that the tech industry is beginning to focus on helping people with disabilities.

Do you live in the Chicago area? What do you think of the app? Let us know in the comments below!