How Far Are We From Mind-Controlled Wheelchair Vans?
Skip to content 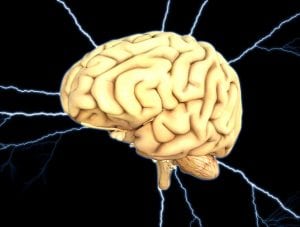 Sometimes it pays to take a look around and realize how far technology has come. There was a time where people who used wheelchairs would never have been able to get behind the wheel of vehicle and drive anywhere they wanted to go.

Now, new handicap vans come equipped with a multitude of features including hand controls that make it possible for people with disabilities to drive. But, what about those who do not have the use of their legs and/or arms?

Technology, it seems, has been the solution for almost everything. It’s just a matter of perfecting a device that can be implemented for a price that is affordable for everyday consumers. Wheelchair van hand controls are the standard in the industry now, but could there someday be a wheelchair van that can be piloted without the use of one’s hands?

New Controls Are on the Rise

Over the years, we have seen a multitude of wheelchair controls that can be operated without the use of a person’s hands. There are mouth control joysticks that control power wheelchairs, and in recent years we have even witnessed the creation of eye controlled wheelchairs that can be manufactured using a 3D printer.

Even more recently, students at the University of Central Florida used 3D printing technology to create a device that can control a wheelchair using facial expressions. The onset of 3D printing has created an industry where even students can manufacture devices that were once only able to be created by heavy industrial machinery.

To push this trend even further, scientists have created machines and now even a robotic wheelchair that can be controlled using a person’s brainwaves. We have seen this technology creep up and become available in everything from toys to drones.

These events, discoveries and inventions aren’t a mere sprinkling of unrelated pieces of technology. When taken as a whole, they represent a culture of advancing technology that is pushing mobility devices into a whole new world.

If this technology can be applied to modern wheelchair vans, we could eventually see the rise of eye or even mind-controlled vehicles that make it possible for people with severe neurological diseases and quadriplegia to drive.

The concepts are already in place, and some car companies have already begun experimenting with the technology, but this trend represents just the beginning of what could become a whole new era of adaptive vehicle controls.

What do you think about the possibility of mind controlled vehicles? Is it on the horizon, or still just a distant dream? Join the conversation by leaving a comment below.