What We Can Learn From a Turtle in a Lego Wheelchair?
Skip to content 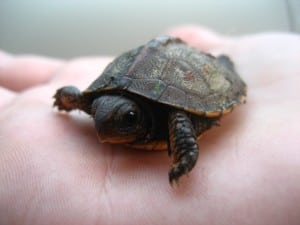 Sometimes something so obscure can spark an idea that changes people’s lives.

Many inventions, from pacemakers to x-rays, were the result of obscure thinking that took the formulation of an one idea and transformed it into something different; something that now provides a valuable service to all of mankind.

It’s lines of thinking such as this that led to George Klein’s creation of the motorized wheelchair while working with WW II veterans.

And sometimes these miraculous inventions are made completely by mistake

Take the case of Alexander Fleming, who, in 1928 became frustrated by consistent failures while searching for a “wonder drug” that could cure diseases. When he arrived at the apex of his frustration, the 47-year-old scientist threw away his experiments and decided to start over from scratch.

That’s when he noticed that a discarded petri dish contained a peculiar mold that was breaking down all the bacteria around it. Upon replicating the mold himself, he learned that it contained a powerful antibiotic.

And so penicillin was discovered.

It’s a simple case of inventions leading to inventions

The point of bringing up these ingenious and often accidental discoveries is that there was once a time when you couldn’t find handicap vans in IL, or anywhere for that matter. There was even a time when people with physical disabilities were confined to sedentary lives.

Then the wheelchair was invented.

Since then, technology has grown to help people with disabilities live lives that many thought were impossible. There are bionic men, pilots, athletes and filmmakers that are changing the world in their own way, all because they dared to make a difference.

Kind of like inventing a wheelchair for a turtle

Veterinarian Dr. Carsten Plischke found a turtle who has a disorder that prevents him from moving. Using Lego pieces, he was able to create a pair of customized skates for the turtle (aptly named Blade) that act as a wheelchair and allow him to move about freely.

The lesson to be learned: anything can be used as a source of inspiration. As a company that works in an industry that was built upon helping others, we here at Rollx Vans are always focused on innovations in new technology.

It is technology, after all, that is helping people with disabilities get out and enjoy their lives.

We love what we do, and we want to encourage others to use their imagination to create something that changes the world. All you need is a source of inspiration, which can be found anywhere.

Kind of like building a wheelchair for a turtle.

What are your sources of inspiration, and what would you like to see invented that could help people with disabilities (or anyone)? Let us know in the comments below.